It’s World Creativity & Innovation Day! Yes, today is officially recognised by the UN as a day to raise awareness surrounding the role that creativity & innovation has played in the development of our society and species in general. Observed six days after Leonardo da Vinci’s birthday, today is about empowering people to use new ideas and decisions to help make the world a better place!

It should be no surprise then that we are interested in putting a spotlight on the subject! After all, a field as diverse as engineering is the best example of how creativity and innovation help benefit our modern world! So today, we look back at 3 engineering achievements that have helped to shape the world we live in today! Although there’s no definitive inventor for the modern-day computer, Charles Babbage is credited as the one to have conceptualised the idea back in the early 1820s. At the time, Baddage saw the fallibility in mathematics calculated by ‘human computers’; in other words, by hand. This led him to begin work on a device he called the difference engine in 1822, with the ability to compute various mathmatical functions (even some that are still used today).

Due to the cost required to assemble the device, it was never fully completed during Baddage’s lifetime. It wasn’t until 1991 that a working model was produced, performing it’s first calculation in the Science Museum. It was his work in founding mechanical computing that would eventually lead to the digital computers we have today! 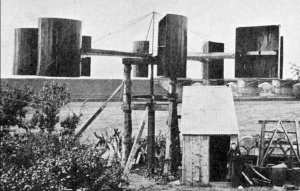 A Scottish electrical engineer and academic at Anderson’s College in Glasgow (now the University of Strathclyde), James Blyth became interested in the generation and storage of electricity via the means of wind power. It was this interest that led Blyth to build a cloth-sailed wind turbine in the garden of his holiday cottage in Marykirk. He then used the electricity to charge accumulators to power the lights in his cottage. And so, this became the first house to be powered by wind-generated electricity in the world.

This structure was the first known to be powered by wind, pioneering the wind turbine technology we use to power housing today! 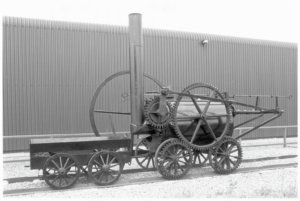 A man whose soon to have his own celebratory day at the end of April, Richard Trevithick is recognised for pioneering the world’s first steam-powered railway locomotive. Born in Cornwall during 1771, Trevithick experimented a lot with steam technology and produced several high-pressure steam engine models prior to the Pen-y-Darren. One of his biggest successes was the Puffing Devil; a full-size steam road locomotive that carried six passengers up Camborne Hill on Christmas Eve of 1801.

He would go on to develop a high-pressure steam engine locomotive in 1802, and on 21 February 1804, it successfully performed a cargo haul consisting of 10 tons of iron, 5 wagons and 70 men a full distance of just over 4 hours. Since then, this would go on to pioneer the steam locomotives we are familiar with today.